At times it looks like there is nothing to record. Snow makes no sound, rain destroys your gear on top of destroying your mood. Nothing to be had out there. So, as a sound and vision collector, you dive into your archives to come up with something to show. Preferably something nice and pleasant. 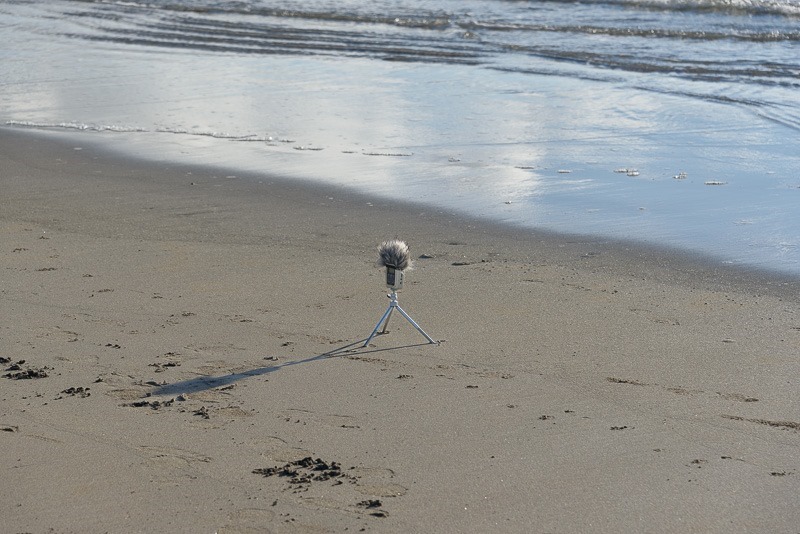 But is that the right thing to do?

Well, my gear is not very water resistant. On top of that, for now this is the only gear I have. If it dies on me, I’ll have to do without. There must be better options out there. So I tried sheltering under an umbrella. No success there. It was like recording inside of a tent on a campground in a thunderstorm.

Deafening rain on the umbrella and nothing to be heard otherwise. Might as well try to record highway traffic on the side of the road. So I tried recording the rain inside. My house has a metal roof, so fairly loud in heavy rain. At least until I put insulation up there.

You can even hear me coming back up near the end of the recording.

But what I really wanted was recording outside.

So all I had to do was wait until the rain had stopped. The Mersey river running behind my house has plenty of places where to record interesting sound. If rushing water is your thing, that is.

Recording from a nearby bridge gave this soothing piece:

This time, no excursions into the water, no wet gear, just sound. It’s not a loop, something we see too many times. This is real sound, just listen carefully to the occasional “gloop” of water closing in on itself.

Recording outside, that’s what I like the best. After all, it’s called “Field recording”, without a studio, but with the surprises and constraint of an unpredictable environment