Audio field recording when close to the sea is a dream. Between the loud birds, the wind and crashing waves, there is always something to record. Audio should speak for itself and should, for me at least, evoke feelings, ideas or memories. Often sounds, like smells, can be far more powerful than images. I love images, but it’s only fairly recently that an amateur on a low budget can record sounds of a decent quality. 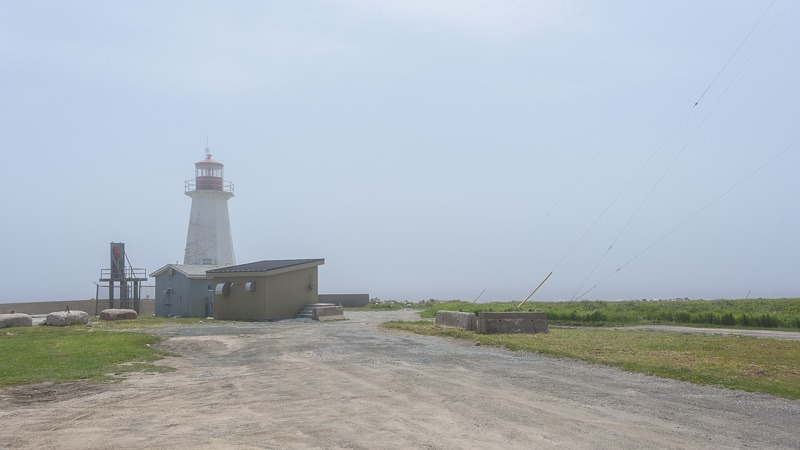 The Zoom H2 has been on the market for a while and has been replaced with more powerful models. Yet it did a great job recording the fog horn from this lighthouse in Liverpool a few weeks ago.

I reduced the volume a bit, so you won’t be waking up the neighbourhood, even at 3 pm.

The fog was pretty thick, and it sounds that way too. A horn of this volume should be resounding and echoing forever, but the fog simply puts a stop to that. The first time this thing went off while I was just underneath made me jump… (no kidding) 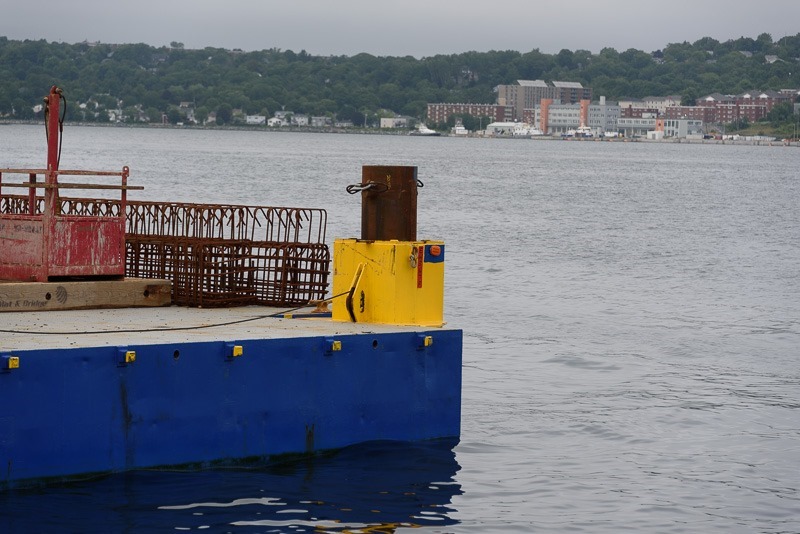 On calmer days, the waterfront can give some weird sounds as well. One would expect boats, splashes and such, but this sound was kind of unexpected.

And no, it was not me playing a violin I found at a yard sale. This was the result of salt water and rustable metal, gently swaying in the wind.

Then came the time for me to record some bird songs. I left for the park close by, which is a pretty big park for a city like Halifax. I expected to find some birds and some quietness. Yet wherever I went, there was this rumbling sound. Not a humming sound, that would have been easy to filter out, no, this was banging of metal on metal at irregular intervals. No bird songs to be had on this night. 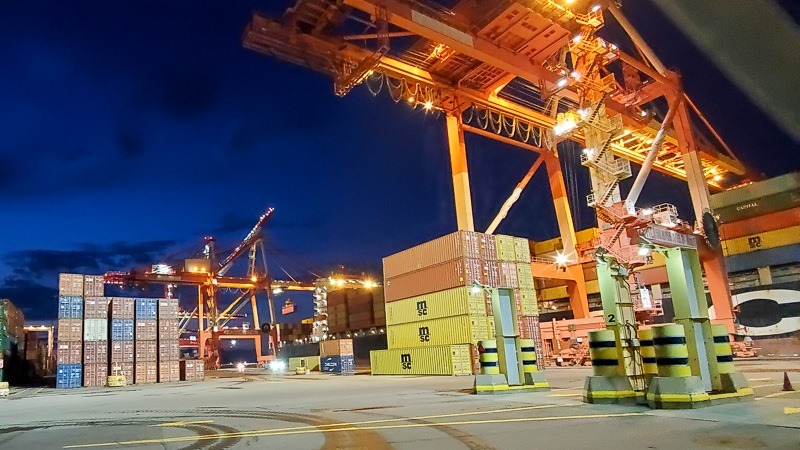 I decided to go to the source of the noise and record that instead. If you can’t beat them, join them, they say. With field recording that is most definitely the better option. As it turned out, the port was busy loading a huge container ship. When I see those containers on heavy trucks on the road, they look, well, big and heavy. When those cranes pick them up, it looks as if they are weightless.

The sound of metal on metal was everywhere, punctuated by noisy trucks, hauling those containers underneath the cranes. The area is completely fenced off, no way to get closer to the action. And at closer inspection, that is really for the better.

Recording in the field is something that one needs to learn. In principle, there is not much to figure out in the field, except recording levels. Too low and you hear nothing, too high and everything is distorted. In between is just good. The H2 has only limited possibilities for setting the levels, unfortunately. Low/Mid/High and that’s it. It may be time to look at some upgrades.

One thing is sure, recording in the field can lead you from one goal to the next at the drop of a hat.