Ever since we were mere babies, we have been moving forward. First on our knees and other body parts, then on our feet. Hardly ever do we listen to the sound of these footsteps. Sure, we do listen when we’re stamping on that old wooden bridge, but really listen? 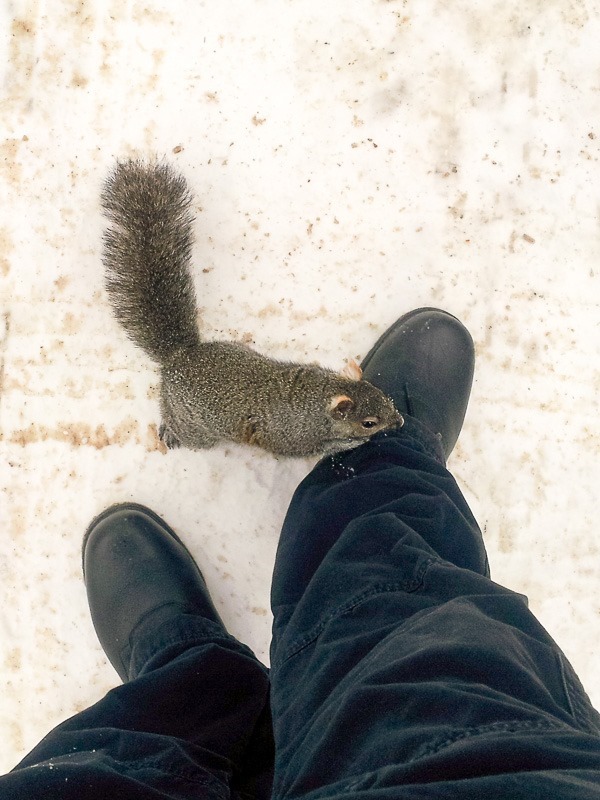 Let’s listen to a few samples…

The first one is from a few years ago, in the Assiniboine Park in Winnipeg. I barely had my recorder then and had to check it constantly to know what it was doing. So much that walking in the deep snow ended up in much deeper snow in a ditch. I seem to have edited out the expletives at the end of the sample back in those days.

Many years later, this summer, in Halifax, I found a tunnel with interesting acoustics. So I walked through it a few times, noticed that it was in a very quiet area, so ideal for a sound recording.

Not surprisingly, as soon as I hit the record button and started walking, a car passed by at one end of the tunnel, then a bicycle came through as well. I decided that it was a good recording anyway and kept it. But the original thought was to have the footsteps in the tunnel all by themselves. When recording sound, everything can (and probably will) happen. Sounds from far away can still ruin your recording. Unless you decide to keep that as part of the environment.

The last sample here is from footsteps in the night. A warm summer night on a path not far away from highway 103 in Nova Scotia. What seems to be a peaceful night in your ears can become pandemonium for a condenser microphone. Condenser mics are way more sensitive than the human ear and will pick up anything. Ideal for spy work, but not so much for doing selective recording. Since my Zoom H2 has 4 of those mics, you can imagine all one can hear…

Fortunately, the traffic was fairly quiet around midnight, although not non-existent.

Just plain footsteps of yours truly. Simple but hardly ever listened to. Humanity on its way forward since birth. Yet only in the last few years have we been able to record them for future generations. Who knows, they might record their steps on metal surfaces in space only, or on other planets?

Listen to your own and dream about that