Sounds boring, right? But we live in a noisy environment every day. Only those who live in the countryside with no living soul for miles around can say they live in a quiet place. But will they have silence? Absolutely not! 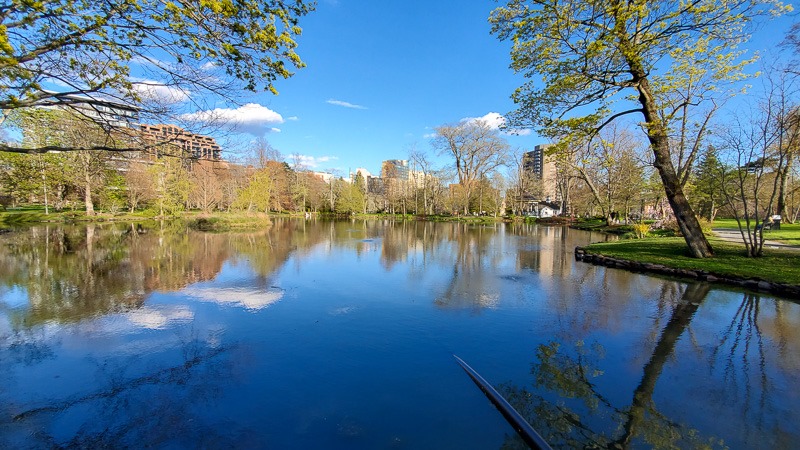 Even in the quietest places, there is sound all around you. All one needs to do is listen.

Like here, to the sounds of the Public Gardens in Halifax. If you have a sound system with 4 speakers, 5.1 or 7.1, you can enjoy this recording in surround.

But today, people hardly have the time to listen to what is around them. And when you want to record any of the sounds, you should do so pretty incognito. While it is now totally accepted that people walk around with cameras and cellphones to take any picture, walking around with a big dead cat and recording gear still seems to be less accepted. At least by seeing the looks I get with even a very small recorder. 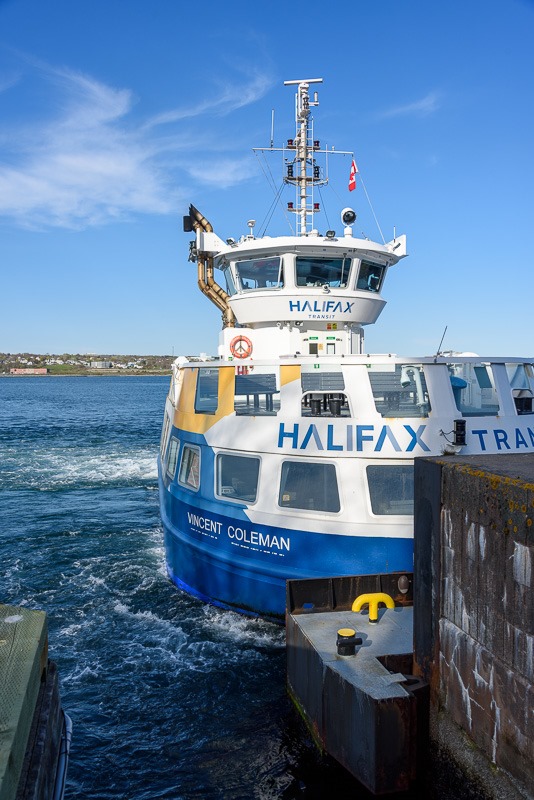 Halifax has 2 ferries running to Dartmouth and back. So when I noticed that one had just arrived, I decided to capture some of the noise it makes. It turns out to be not as noisy as the ones I used to know in Holland, back in the 1970s…

When I put my little recorder on the side of the boardwalk to record the sound, passers-by were looking kind of weird at it. You could nearly hear them ask themselves if I was not working as either a spy or for Hollywood. Either way is fine as long as my gear is safe. I think the city of Halifax is quite safe anyway. 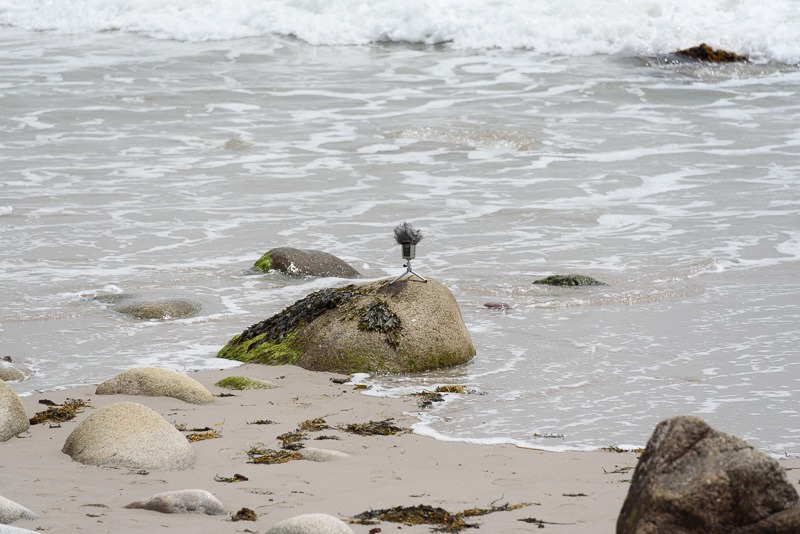 Recording sound may sometimes be a little risky for the gear. Here is my Zoom H2 recording wave action on an empty beach. At least until the scuba divers came out of the water. Here are the waves recorded on this beach, just to relax a little. I didn’t take my eyes off the recorder though, the tide was rising and you can see that its position was kind of precarious.